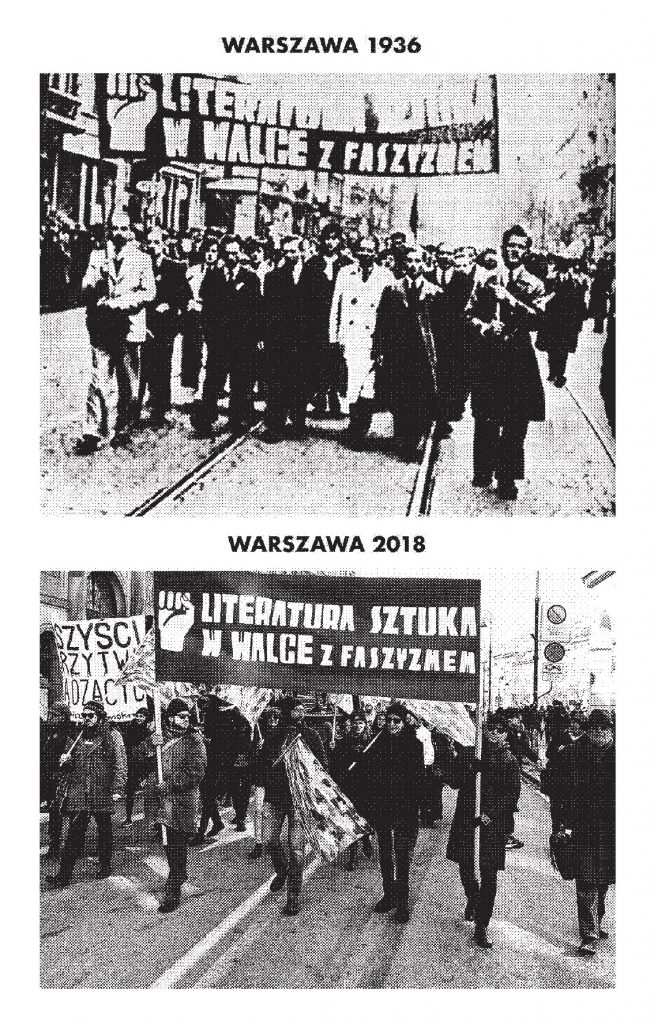 Collage by the Postartistic Practices and Witek Orski.

ART INSTITUTIONS TYPICALLY CHANGE OLD FRAMES WHEN EXHIBITS ARE RE-HUNG OR WHEN NEW THEMES, LOANS OR ACQUISITIONS ARE INTRODUCED. THIS MUNDANE OPERATION IS NOT AN EXERCISE IN CRITICAL CITIZENSHIP, BUT IT HAS SCOPE.

We can think of changing the frames as a political gesture when we understand “frame” as a device that underpins the social performance of art as something to be watched and not used, to be owned and not communally cherished, to be authored and not collectively processed. The institutional framework of contemporary art is constituted by an assemblage of heterogeneous elements, both material and more elusive, like institutions, market outlets, social conventions, mental habits, aesthetical ideals, etc. They collectively turn art into “just art”, stripped of its political potential.

We can change the institutional framework just as we can replace an old frame. Let me give an example. In March 2018 an old, black and white photograph was exhibited in the National Art Gallery in Warsaw. It dates back to 1936 and shows a group of people carrying the banner “art and literature against fascism”.  The photo was exhibited in rather unobtrusive basic black frames or without frames at all. At the same time, it was socially framed as a historical document providing visitors an insight into the tumultuous period of 1930s, the aesthetics of the Popular Front, and the anti-fascist struggles of left-leaning artists. It remained in this sanitized form until the group of artworkers repainted the banner on the image for an anti-fascist demo they organised 82 years later on the streets of Warsaw. The design passed the test of time and when reframed and re-embedded in the current social praxis, the documentary photograph regained its conceptual depth. It also highlighted the resonance of the 1930s with the urgencies of our times. The “original” stayed on the wall, but the idea was freed and actualized. Such is the power of a collective exercise in changing the social frame of art.