Gillian Whiteley: Be A Citizen Pamphleteer! 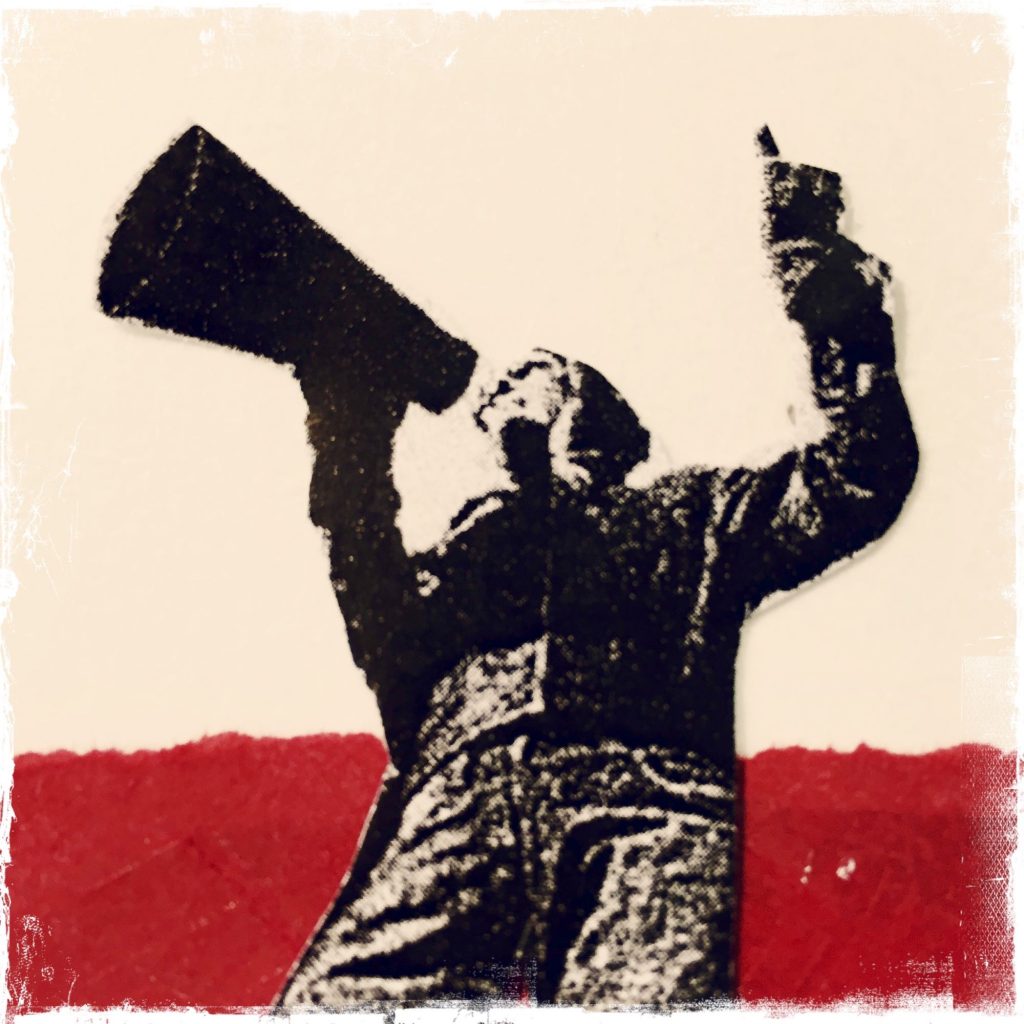 A PAMPHLET MAY BE WRITTEN EITHER FOR OR AGAINST SOMEBODY OR SOMETHING, BUT IN ESSENCE IT IS ALWAYS A PROTEST. George Orwell (1948) in British Pamphleteers Volume 1, from the Sixteenth Century to the French Revolution As George Orwell explains, the pamphlet is, essentially, a polemical provocation, a protest. Throughout the 20th and 21st centuries, from the Futurists to the Freee art collective, artists have also worked polemically with text and images, publishing and performing writings in manifestoes and pamphlets. Pamphleteering continues to thrive worldwide through vibrant paper-based DIY ‘zine’ cultures and, in digital form, through an online frenzy of performative pamphleteering. As a cheap, portable, provocative, easily distributed text, the print pamphlet, in particular, has a long history in terms of radical politics. In the 16th century, English women pamphleteers voiced opposition to sexist tracts, and fierce political debates in the 17th century English Revolution were epitomised by ongoing ‘pamphlet wars’ with a proliferation of published pamphlets. So, what are you FOR or AGAINST? Capitalism? War? Poverty? Homelessness? National borders? Diesel-gobbling cars? Equal pay? Internships? Plastic carrier bags? Food waste? Chewing gum? Animal testing? Participate, engage, intervene, speak, act – be a citizen pamphleteer! 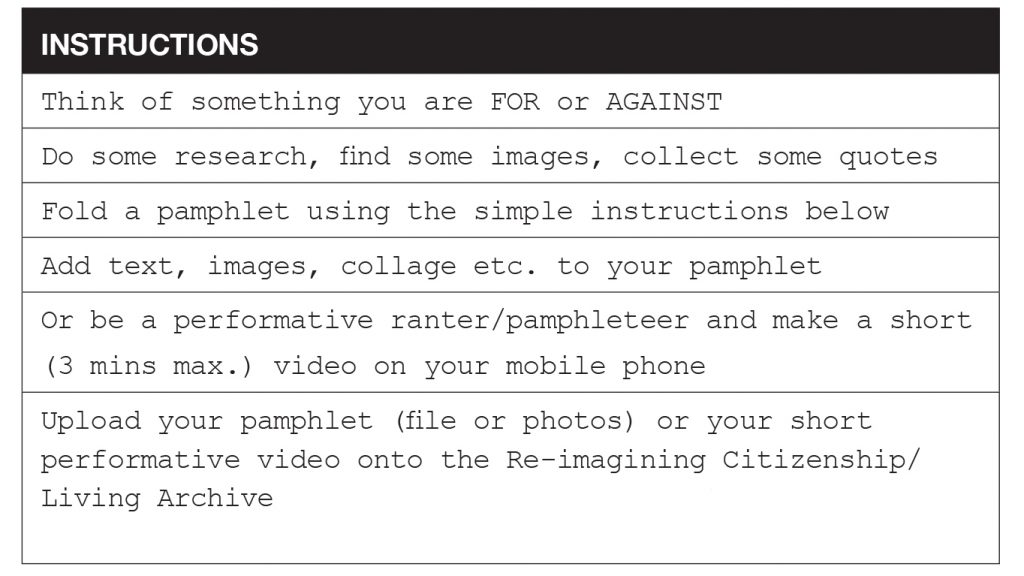 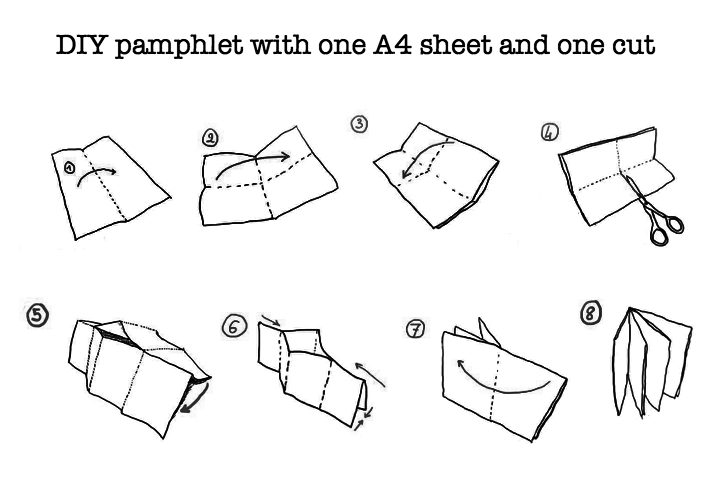 1 Fold one A4 sheet of paper in half lengthwise and unfold it. 2 Fold it widthwise. 3 Keep it folded. 4 Make one cut along the middle fold. 5 Open the sheet and fold it in the length direction. 6 Close, hold each end and push toward the centre to open the flaps. 7 Continue to push and close the book. 8 You should now have a four-page pamphlet!   Pamphleteer Citizen Whiteley Pamphleteer Citizen Whiteley was raised in the Socialist Republic of South Yorkshire (now defunct!) with rag-tatting and Swiss, French, Italian familial affinities but is an anti-nation internationalist at heart. She improvises with various stuff (see www.bricolagekitchen.com) is co-organiser of RadicalAesthetics-RadicalArt and is a Senior Lecturer in Art History and Visual Culture at Loughborough University. 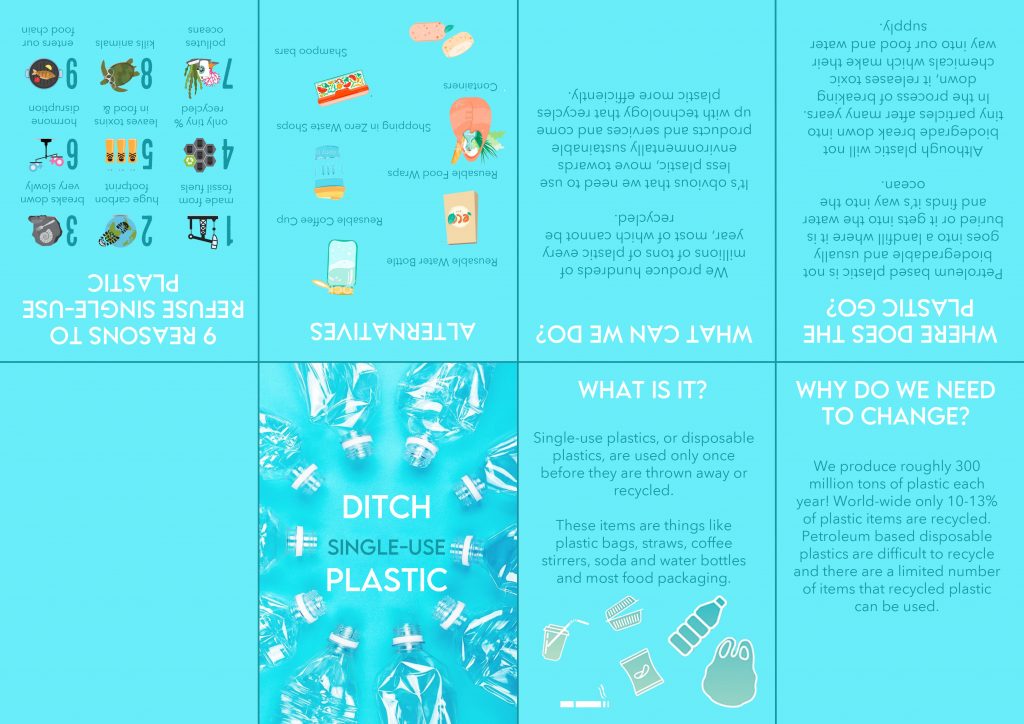 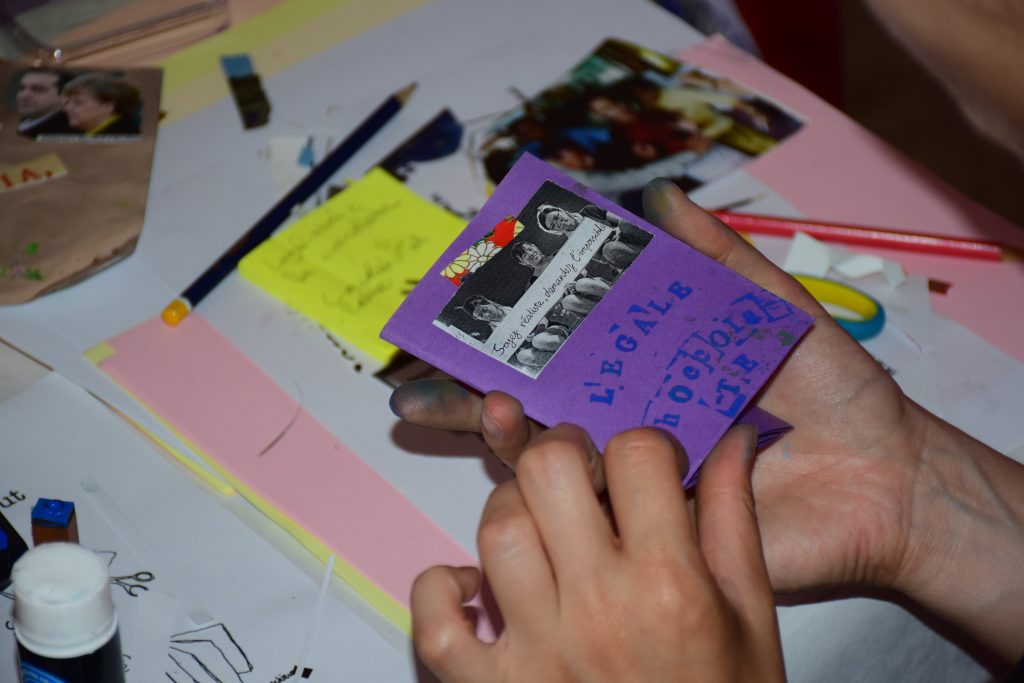 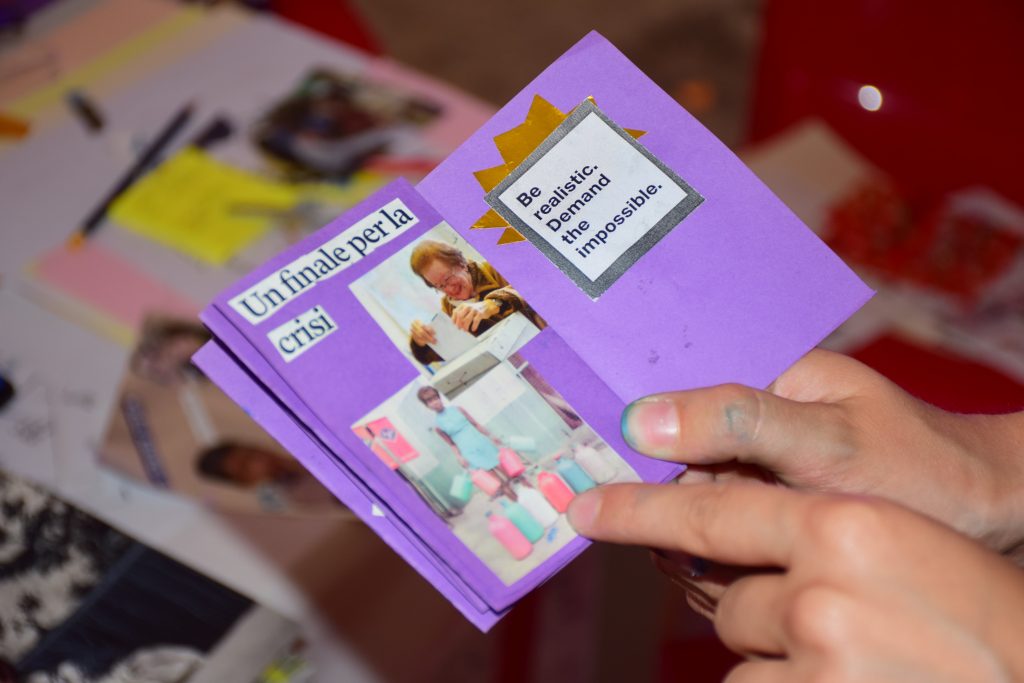 Pamphlet made by Pier Paolo and Andrea (Venice, June 2019) 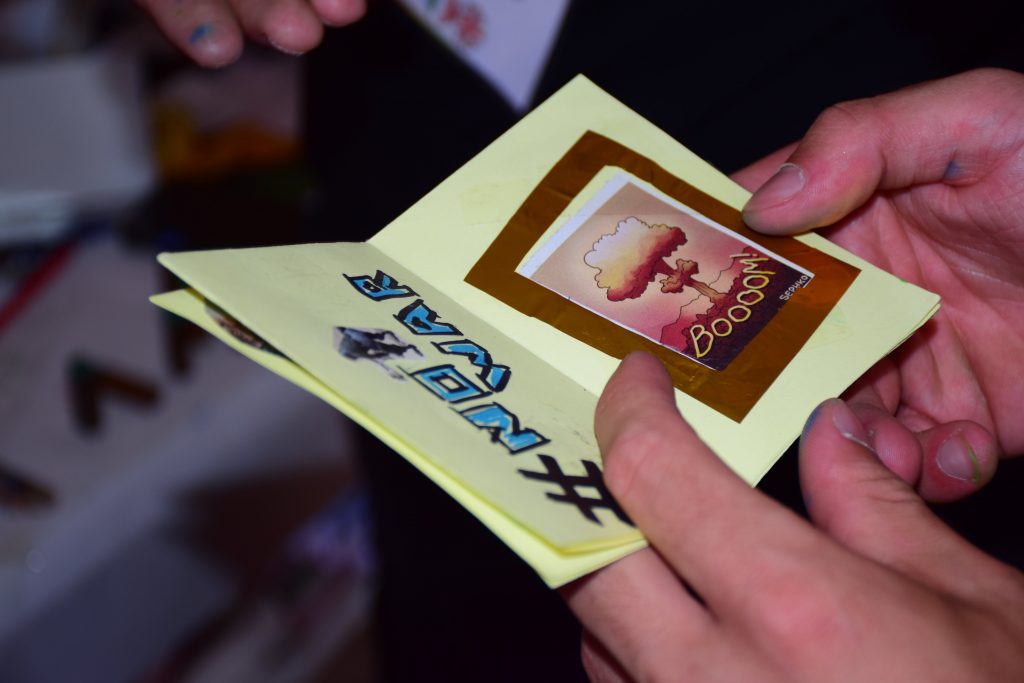 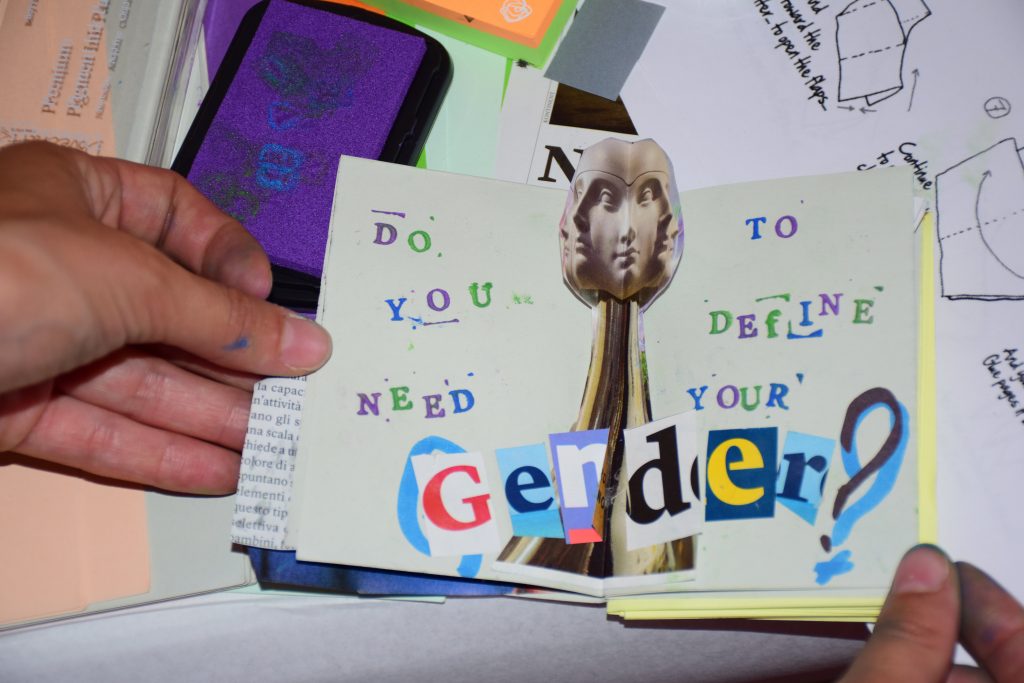 Pamphlet made by Shadi and Elia (Venice, June 2019) 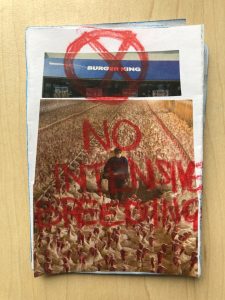 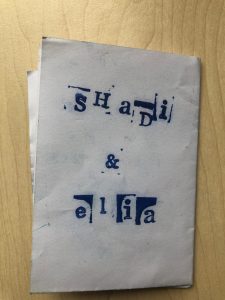 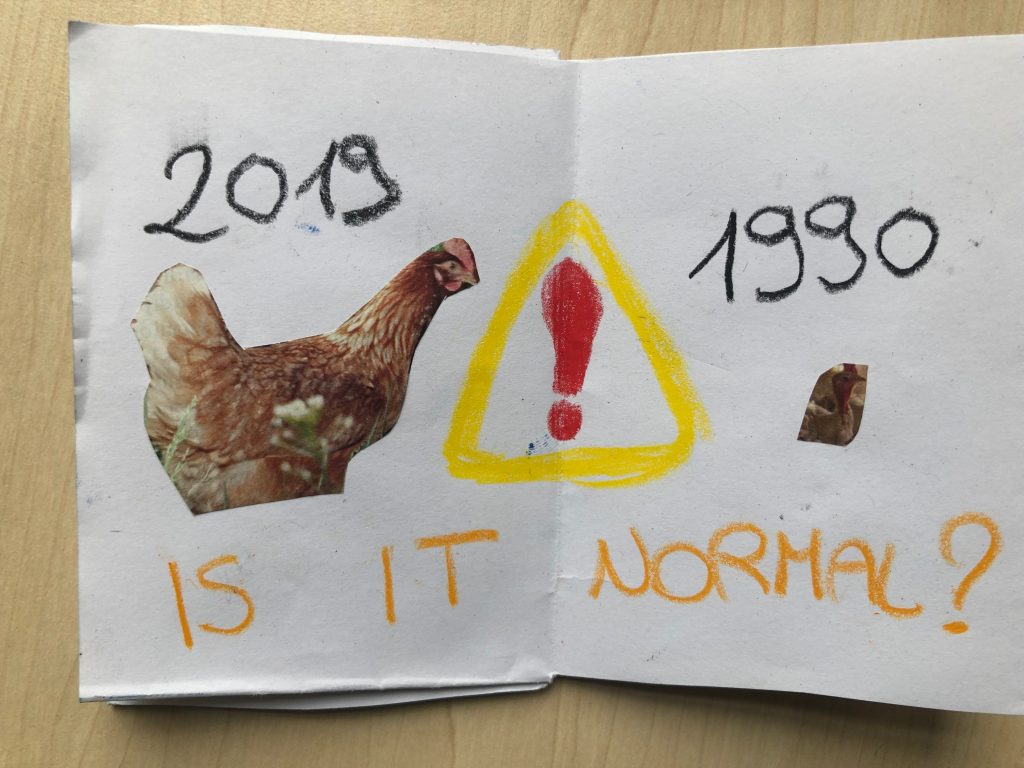 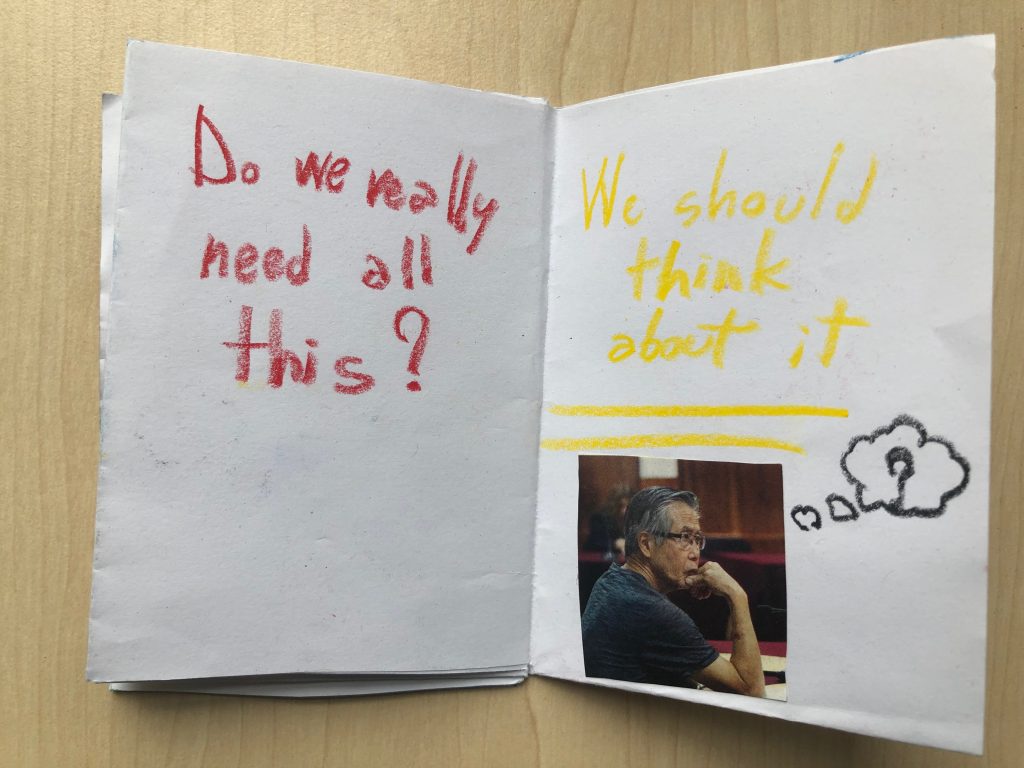 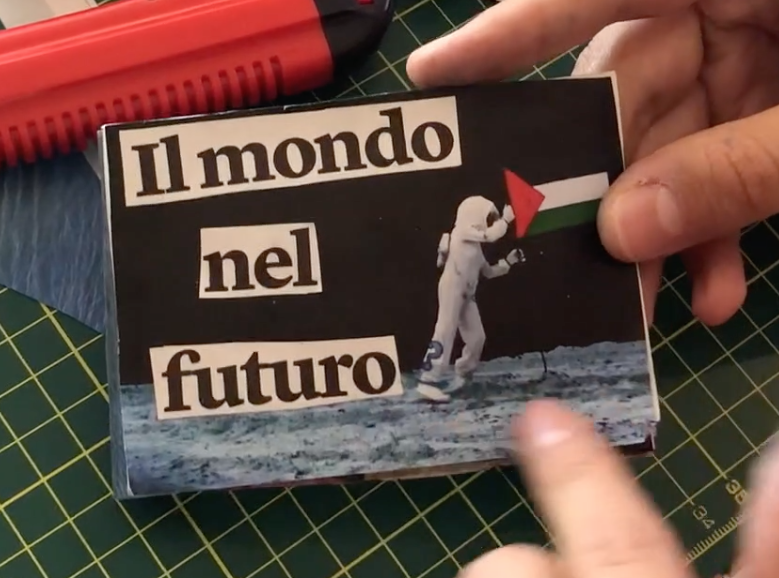 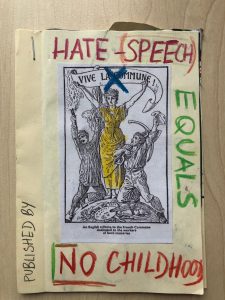 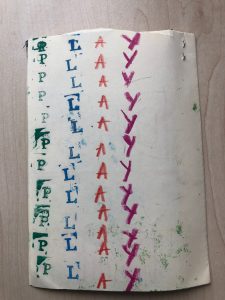 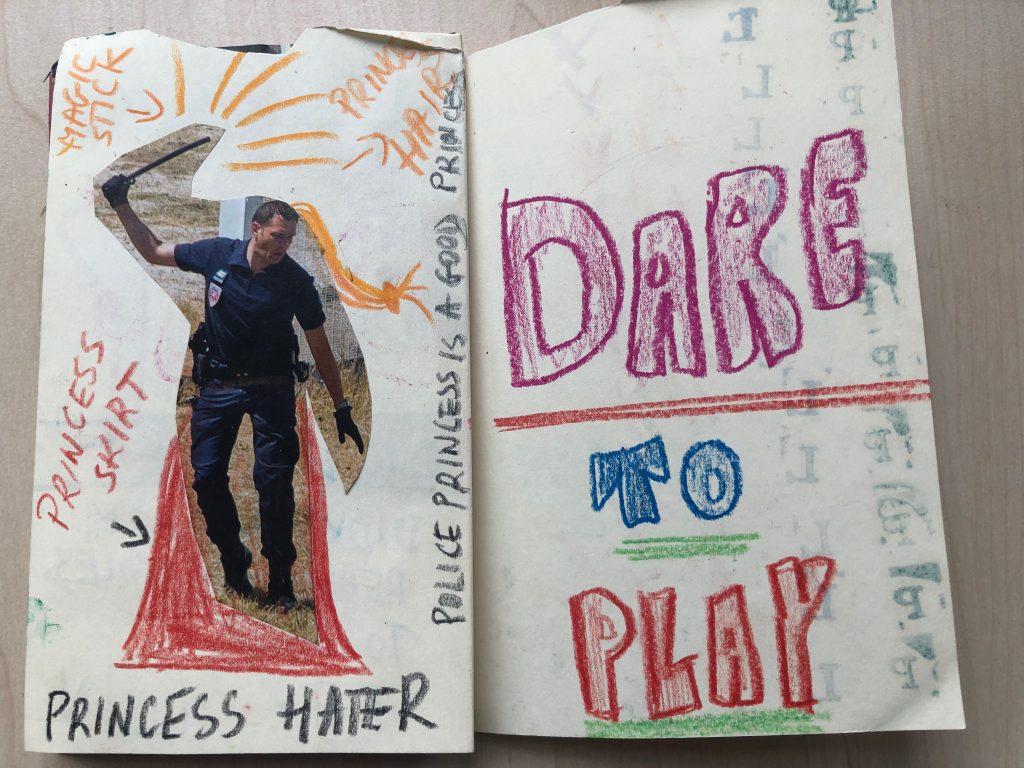 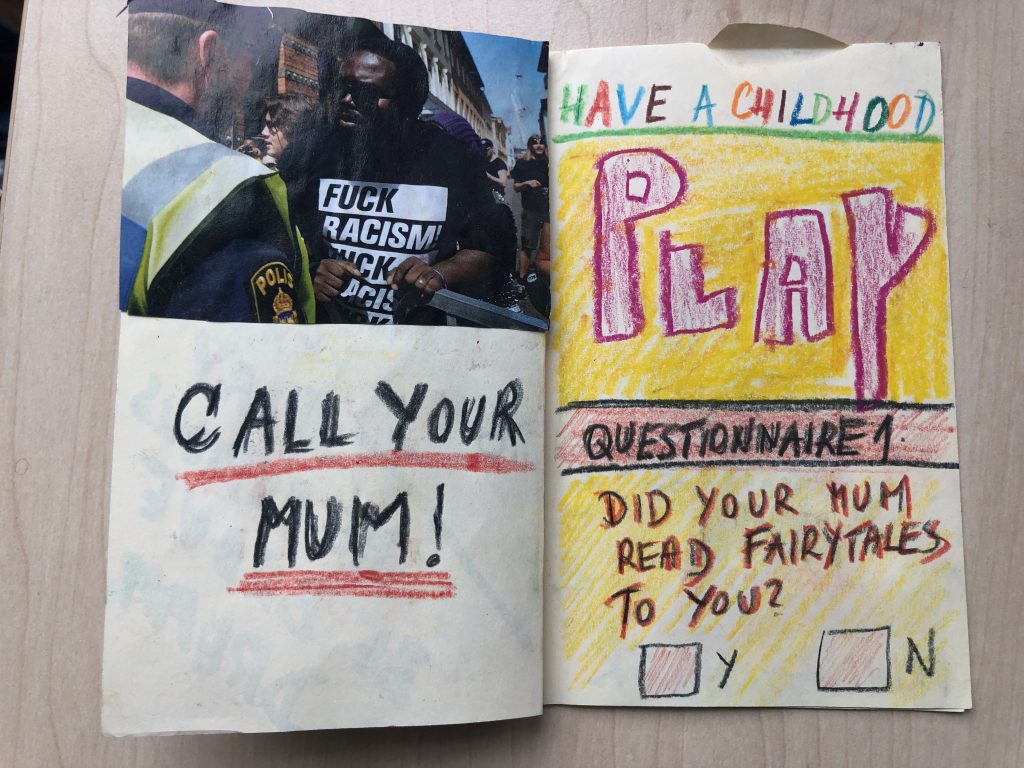 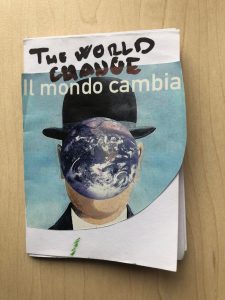 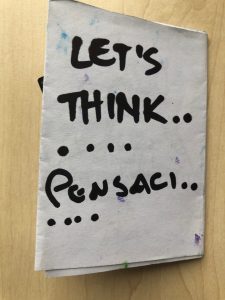 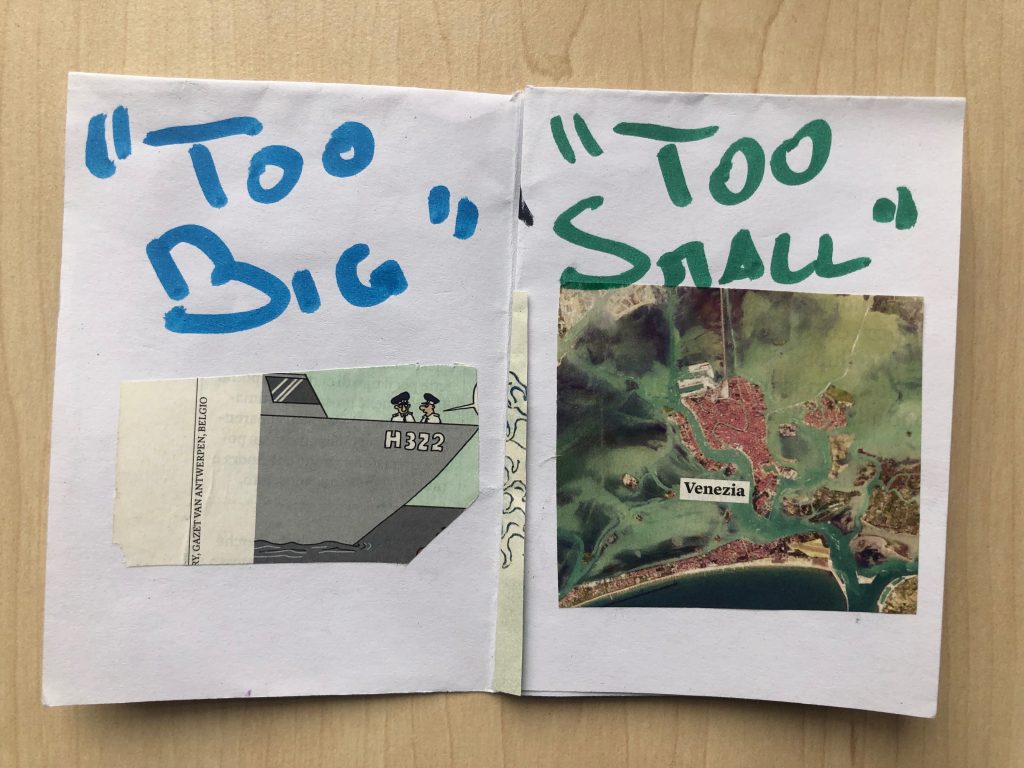 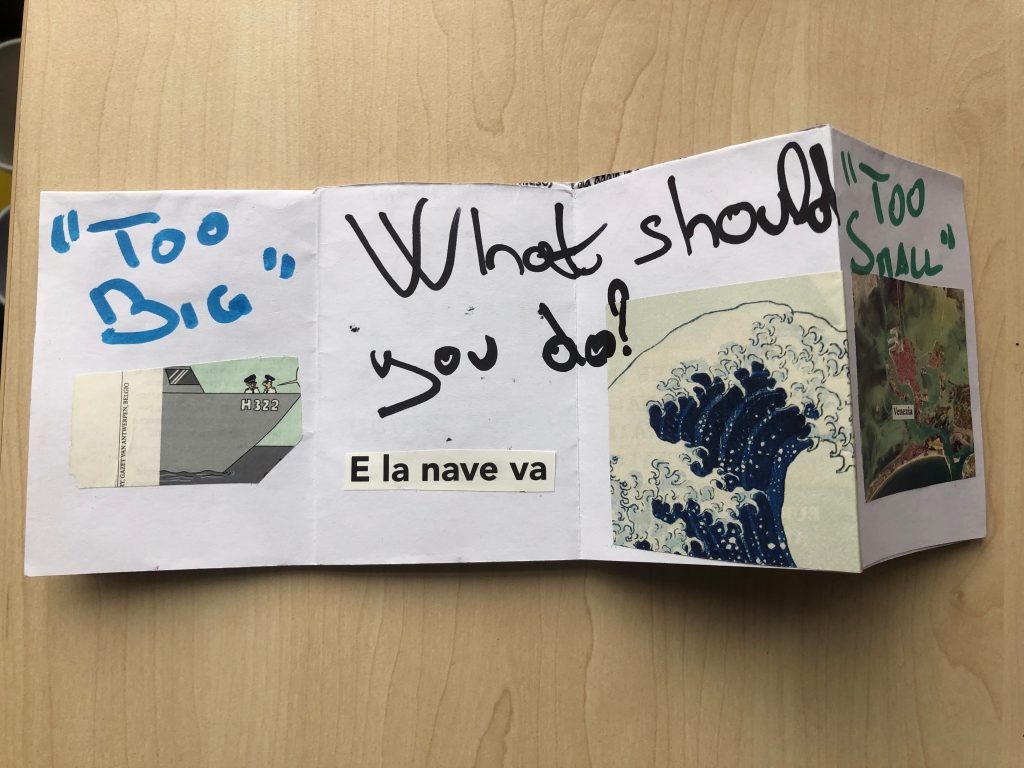 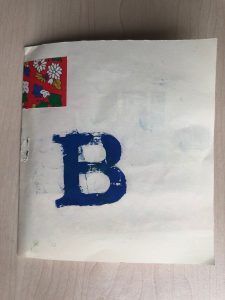 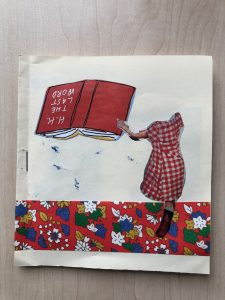 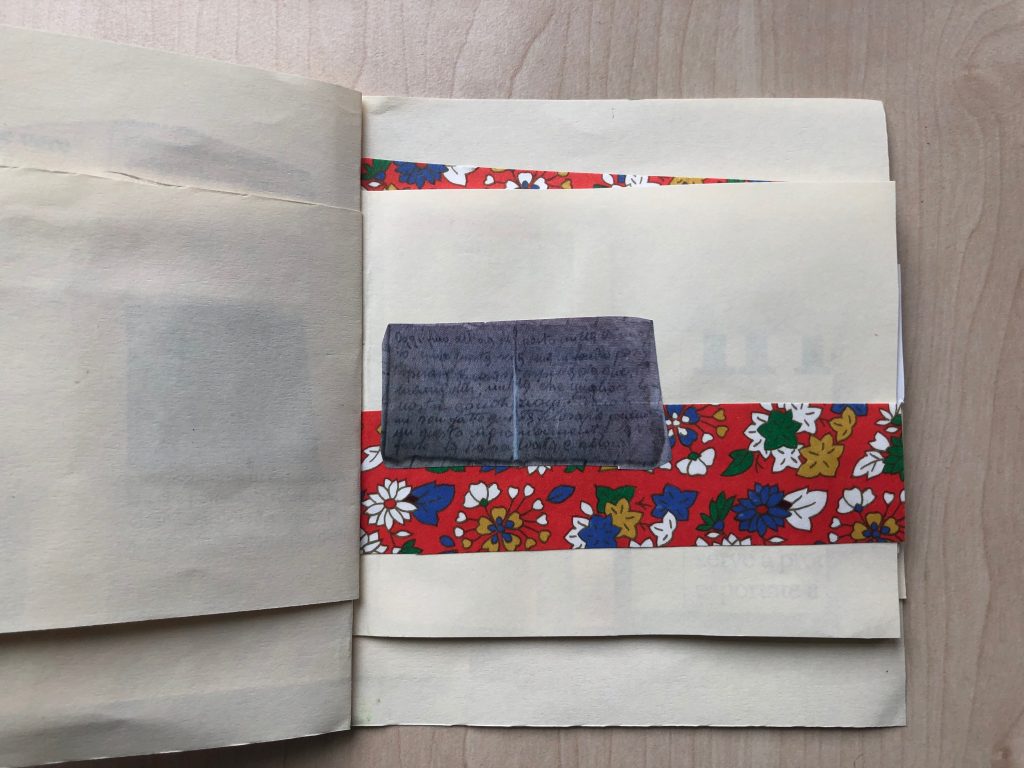 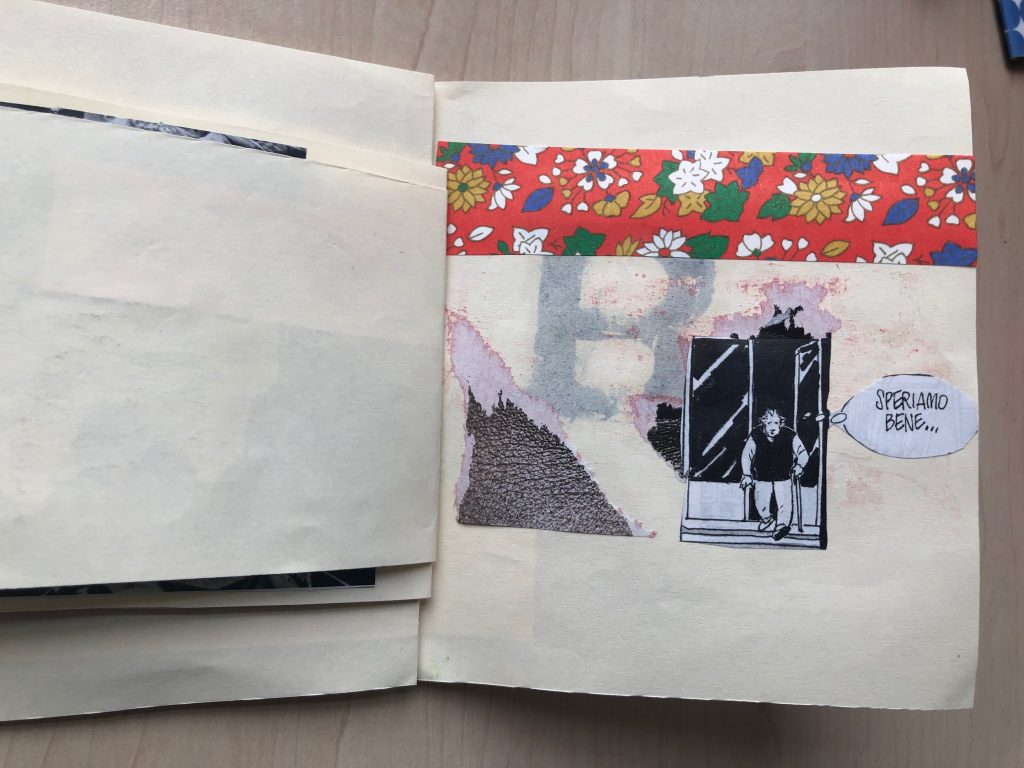 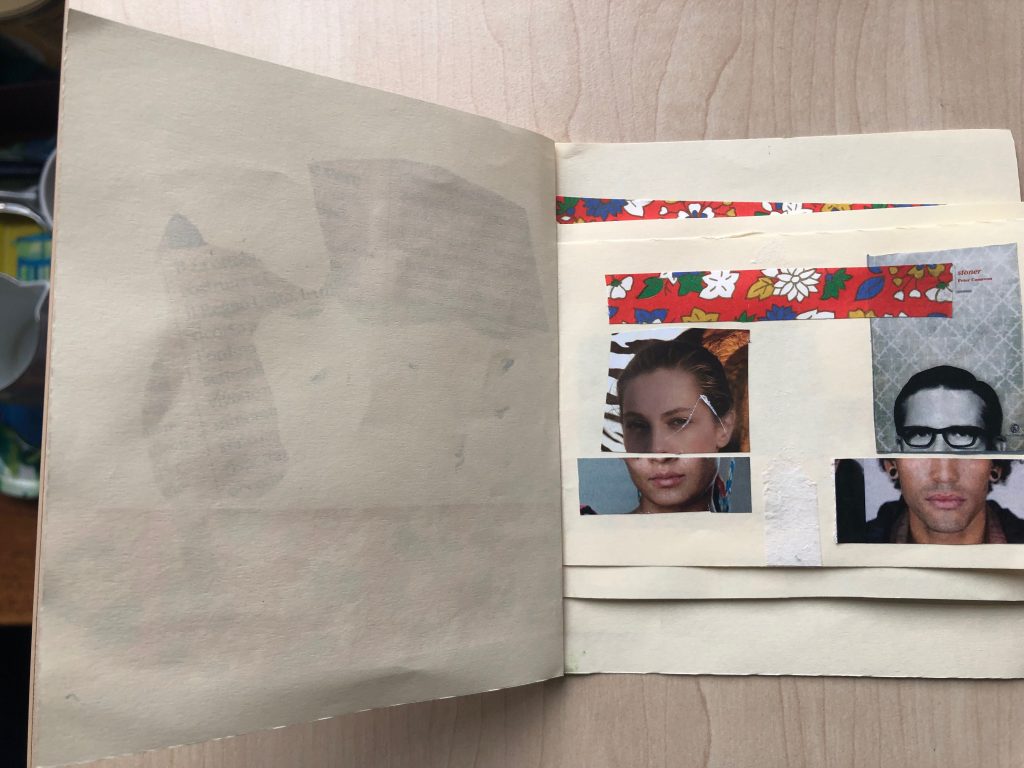 Pamphlet made by Bruno (Argentina, 2019) 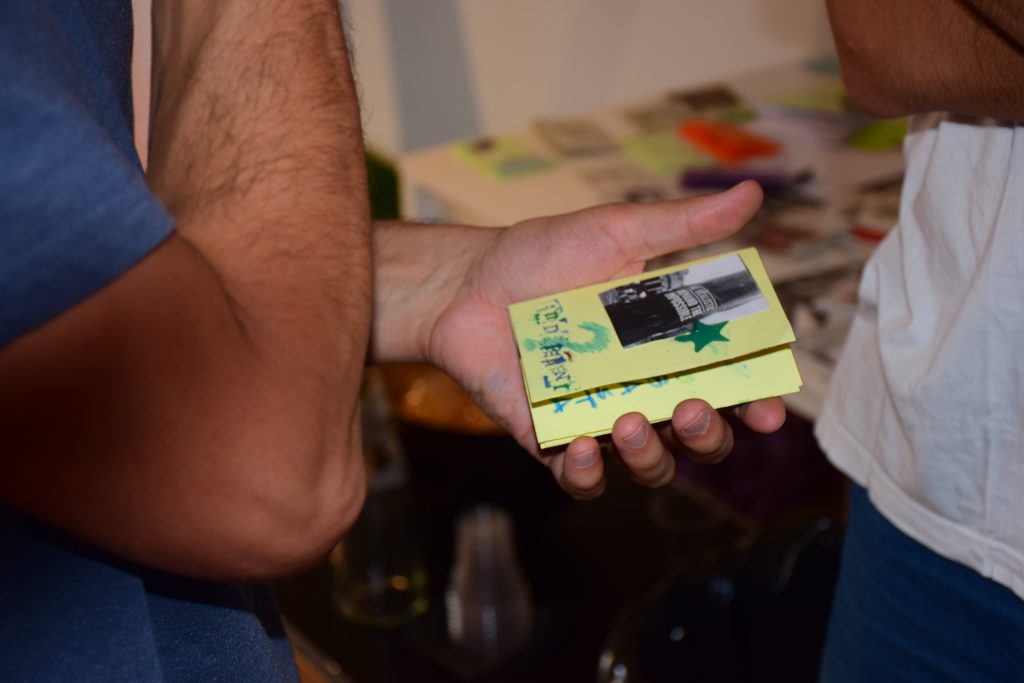 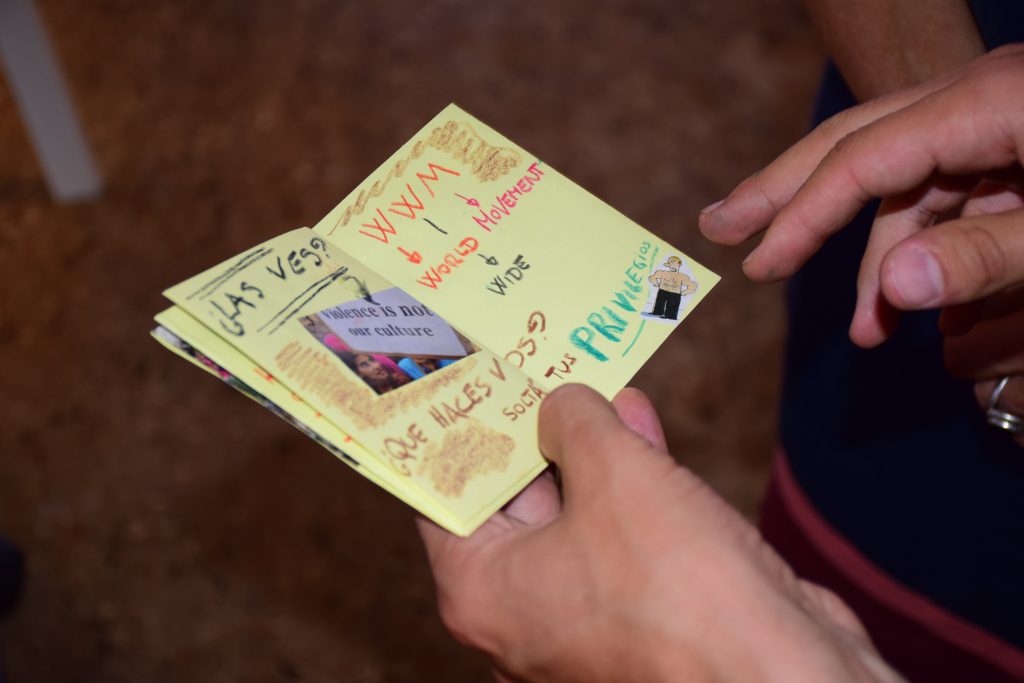 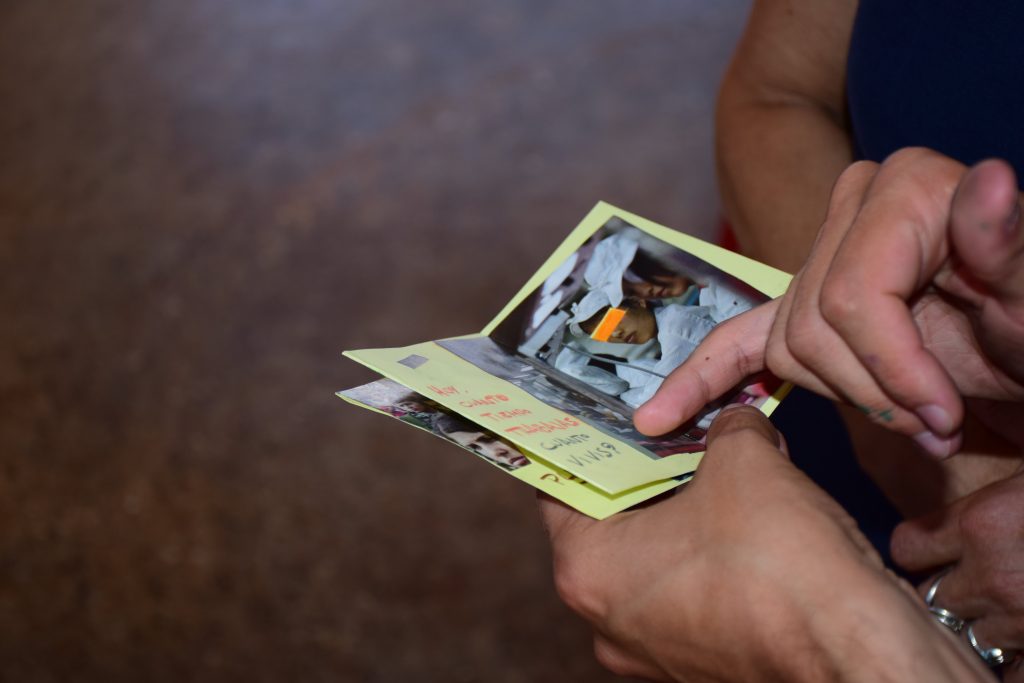 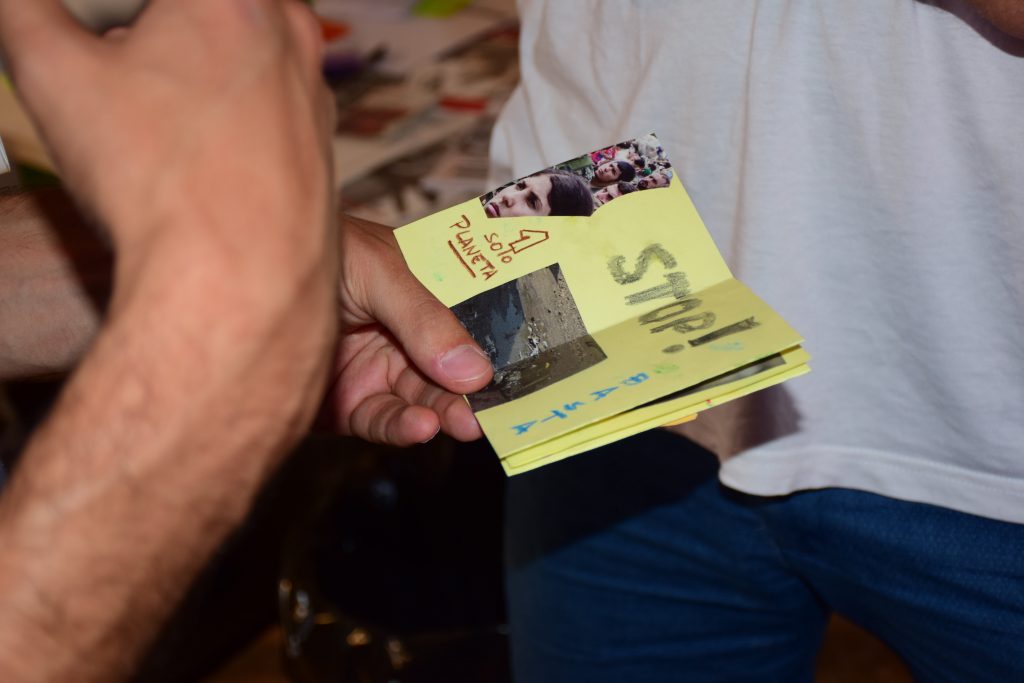