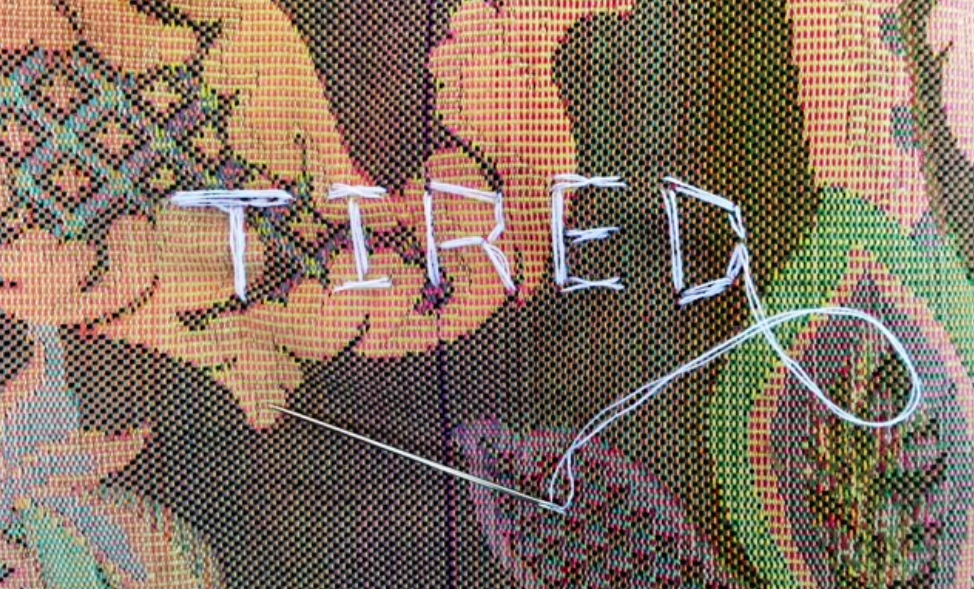 In The Subversive Stitch (1984), Rozsika Parker showed that embroidery can be practiced as a weapon of resistance. Suffragettes deployed skills designed to showcase their conformity with feminine ideals by embroidering handkerchiefs and banners. Women at the Greenham Common Women’s Peace Camp revived the skills to construct DIY banners. Today queer and feminist artist-activists are also returning to craft-based works in visual activism. The revival complicates conventional notions of activism, especially regarding gendered politics, and provides a rich tapestry for rethinking citizenship. The intersection between craft and activism – what Betsy Greer popularised as ‘craftivism’ – gives craft a new communicative function. Craftivism is about raising social consciousness through and creating personal, social, and political change stitch by stitch. The stitch itself can be considered a paradoxical mark – one that is simultaneously violent and reparative – and in this way it has been utilised by many activist collectives via the creation of sewing circles.

THIS PROJECT ASKS YOU TO CONSIDER YOUR OWN PLACE AS A CITIZEN IN AN INCREASINGLY DIVIDED SOCIETY AND PLAYFULLY EXPRESS THIS THROUGH STITCHING.

Faggoting Fountain
Faggoting Fountain aka Daniel Fountain is an artist and lecturer currently exploring a practice-based PhD at Loughborough University which examines the intersection between queer identity and craft practices. Alongside many commissions and exhibitions he has also written numerous academic publications and journal articles for organisations such as ArtsProfessional and Engage. Further details and a portfolio of his work can be found at: www.danielfountain.com.